DALLAS (CBSDFW.COM) – Dallas ISD’s Kimball High School is once again making a run for a boys’ state basketball title, but they’ll do so without Kyron Henderson.

The 18-year-old was arrested in San Antonio after a firearm discharged on the team charter bus, striking a team trainer in the leg.

“There are no excuses for this,” said Dallas ISD Superintendent Michael Hinojosa during a morning briefing with reporters. “This is a sad day for Dallas ISD, no getting around it.”

According to San Antonio police and district officials, the weapon discharged while the team was leaving a Northside ISD facility where the team had been practicing and as they were preparing to go to dinner Wednesday evening.

A female trainer was hit in the leg, has undergone surgery and has returned to Dallas with her family. District officials say the student is expected to be okay. The incident, though, another blow for a community that’s working so hard to polish its image.

“This is extremely disappointing, and it’s personal because I was a coach,” explains Hinojosa, “and I was a teacher in Dallas, and we have made so much progress and we were bragging about Oak Cliff. I say all the time: you’re only as good as your reputation. You can do so many good things and build it up, and one bad thing can pull you down.”

The superintendent known for wearing his Oak Cliff roots proudly, is clearly frustrated by the situation. But others who know the athlete tell CBS 11 they are disappointed, but not surprised.

“For a kid like this that’s been troubled and been through some things, you would kind of hope that he would make it through, to make it through to the other side of life,” says Lamoyne Brown, a private athletics coach in Dallas.

Henderson is facing multiple charges, including assault with a deadly weapon and possessing a firearm on school premises. He’s already been kicked off of the team.

“He could have went to pro in a year,” says Jill Harper who lives in the area, “it’s just sad.”

“He was one of the ones you hoped would make it,” says Brown, “because he’s such a talent in two sports. Just hoping he had a chance to make it. After hearing this, you never know what’s going to happen.”

Brown says he has no doubt that Henderson would have had his pick of colleges.  Now he just hopes the situation is a wakeup call for other teens. “Simple fact is, it’s not just him,” says Brown.

“Like I said, we can’t talk our way out of things that we behave ourselves into,” says Hinojosa. “We’ve got to find a way to turn this thing around.”

The rest of the team was allowed to continue to play in the semi-final game Thursday night. 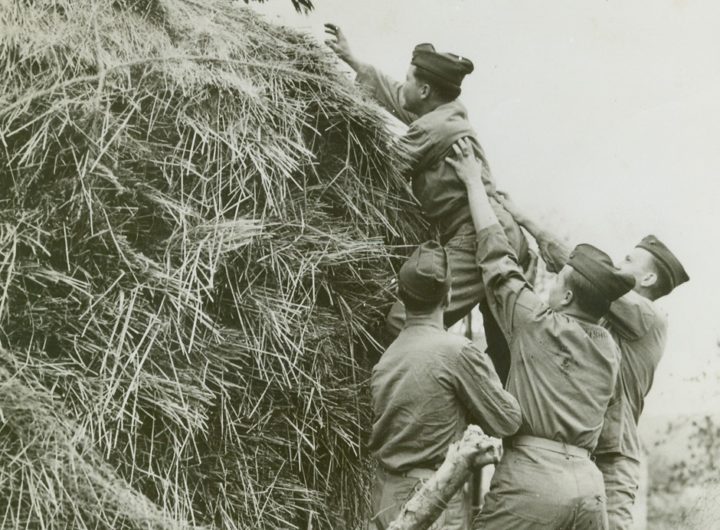 Baby formula is hard to find, but this Mansfield restaurant is stepping up to help residents 1 min read

Baby formula is hard to find, but this Mansfield restaurant is stepping up to help residents