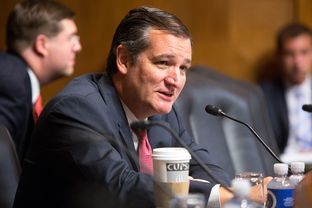 “The media want to do what they can to try to de-legitimatize the election,” Cruz said in a radio interview Thursday morning, later saying he thinks there is “no evidence whatsoever that Russia’s efforts against us, which have been longstanding, did anything to affect the campaign.”

Until Thursday, Cruz, Trump’s former Republican primary rival, had been relatively quiet on the issue, the biggest foreign policy debate since the Nov. 8 election in which Trump upset Democratic rival Hillary Clinton. After Trump’s win, reports surfaced that Russia meddled in the race to boost the Republican nominee, leading President Barack Obama to announce new sanctions against the country last month.

In a round of media appearances Thursday morning, Cruz largely sided with Trump — and against some Republican colleagues in the Senate — in downplaying the impact of the interference. Cruz kept the focus on the current administration, saying it is not surprising countries like Russia are engaging in cyber-warfare against the United States because the Obama has not responded forcefully enough to previous attacks.

Cruz stopped short of aligning himself with Trump on Julian Assange, the WikiLeaks founder whom Trump has favorably quoted. After saying he does not intend to “come after everything the president-elect does,” Cruz made clear he does not view Assange as a figure worthy of praise.

“I think Assange has done enormous damage to our nation security,” Cruz told Hewitt. “I would not be praising him under any circumstances.”