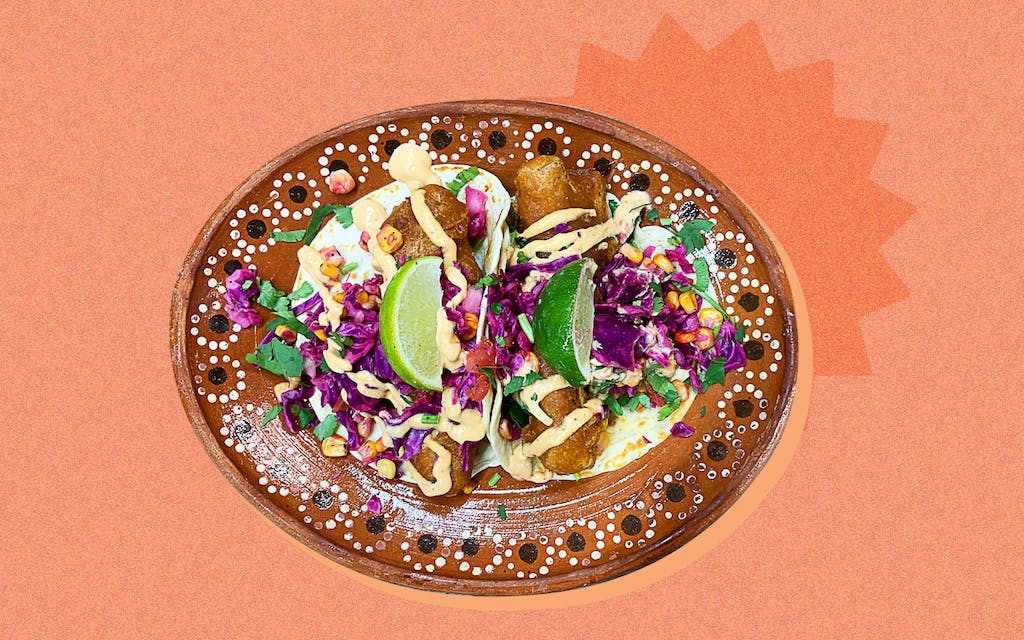 Gas station and convenience store taquerias are a beloved tradition in Texas. After all, it doesn’t take much to open a taco operation anywhere: a flattop griddle, utensils, a cutting board, a gas hookup, and electricity (maybe). The tacos offered by the cooks at such setups can be anything from street-style noshes to gussied-up gourmet fare. At Mariachi’s Dine-In, across the street from Martin House Brewing Company in Fort Worth, you’ll find classic tacos as well as a whole menu of vegan offerings. Business partners Ashley Miller and Angel Fuentes, who is also the executive chef, opened Mariachi’s in July 2018. They had both come up in the hospitality industry and were ready to strike out on their own when Fuentes’s brother caught wind of…View Original Post

Is Houston’s Jonny Rhodes the Most Subversive Chef in the Country?