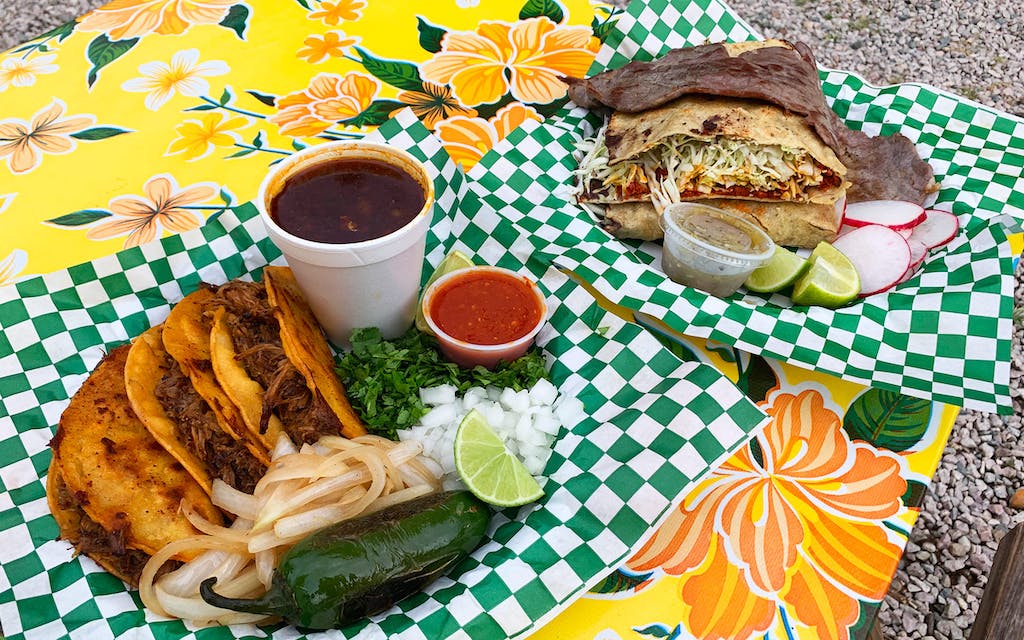 When Edgar Yepez dances, it’s impossible to look away. He glides and spins with the seemingly effortless skill of a man who’s been studying traditional Mexican ballet folklórico for 31 of his 37 years, which he has. In the Oaxacan danza de la pluma (“dance of the feather”), Yepez wears a semicircular, multicolored, feathered headdress while leaping and then turning on one foot. He’s flanked by four other dancers, each wearing a similar headdress and shaking rattles while wearing embroidered costumes in bold colors and intricate patterns. The rattles punctuate a musical number dominated by horns. It’s a rousing, patriotic performance of the indigenous Zapotec community of Yepez’s homeland.Yepez grew up in San Juan Bautista Tuxtepec, a mountainous city of about 100,000 in the Mexican…View Original Post

The post One of the State’s Best New Taco Trucks Is Owned by a Trio of Folklórico Dancers appeared first on Texas Monthly.

Taconeta’s Veggie-Forward Menu Packs a Punch, With an Anime Twist

José R. Ralat 3 weeks ago
An East Village Taqueria Bridges the Gap Between Texpats and Other New Yorkers 1 min read