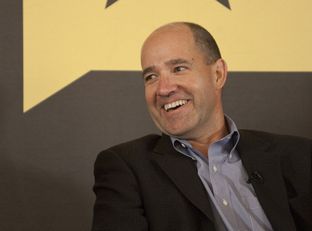 Editors’ note: This story has been updated with additional comment from Dowd.

“I don’t know what I will do,” he told The Texas Tribune. “But I am giving it some thought, and I appreciate the interest of folks.”

Dowd said this has been a draft effort, as prominent members of both parties have approached him to run against Cruz.

A year ago, Cruz was the dominant political figure in the state, but he stumbled last summer after losing the GOP presidential primary race to Donald Trump — and then refusing to endorse Trump at the Republican National Convention last summer. Smelling blood, a number of potential challengers to Cruz have emerged over the past six months.

The political strategist’s career tells the story of the past three decades of Texas politics. Dowd started in Democratic politics, including as a staffer to then-U.S. Sen. Lloyd Bentsen and then-Lt. Gov. Bob Bullock.

But Dowd eventually gravitated to then-Gov. Bush in the late 1990s, working on both of his presidential campaigns and for the Republican National Committee.

In 2007, Dowd publicly criticized Bush over the Iraq war.

More recently, Dowd used his social media and ABC News platforms to question the viability of the two-party system.

Now, he is considering a run of his own — against a man he once worked with on the 2000 Bush campaign.

A Cruz spokeswoman declined to comment about Dowd’s possible run on Thursday, but earlier in the day the senator expressed confidence in his re-election chances during a morning radio interview. But he said he was not taking anything for granted.

“At this point, I don’t see anyone that is likely to run, but I’m going to assume that the threat is serious and prepare accordingly,” Cruz told conservative radio host Hugh Hewitt.

An independent run would be a heavy lift, but it would probably scramble the race far more than anyone could have anticipated a year ago. Dowd argued that an independent candidate could have a better shot than a challenge from either party.

Fundraising in an expensive state without the party apparatus would likely be a major obstacle as well.

And if he won, with which party would Dowd caucus in the Senate?

“I would caucus with neither party,” he said. “I think the system is broken.”

Dowd is in no rush to make a decision.

“It’s not an immediate thing,” he said. “At some point, I have to obviously decide because this was a major adjustment in my life.”

Patrick Svitek contributed to this report.